The US turned the Paraguayan political world upside down in a new cycle of Hybrid Warfare against the South American nation by employing sanctions and allegations of corruption against members of its political class. The article focuses on the incidences of these sanctions and allegations and their impact on Paraguayan political dynamics. On July 22, 2022, the United States government sanctioned former Paraguayan President Horacio Cartes, who governed from 2013 to 2018, by including him in the Engel list of persons considered “significantly corrupt” by the US State Department, thus prohibiting his entry to the North American country and freezing his assets. 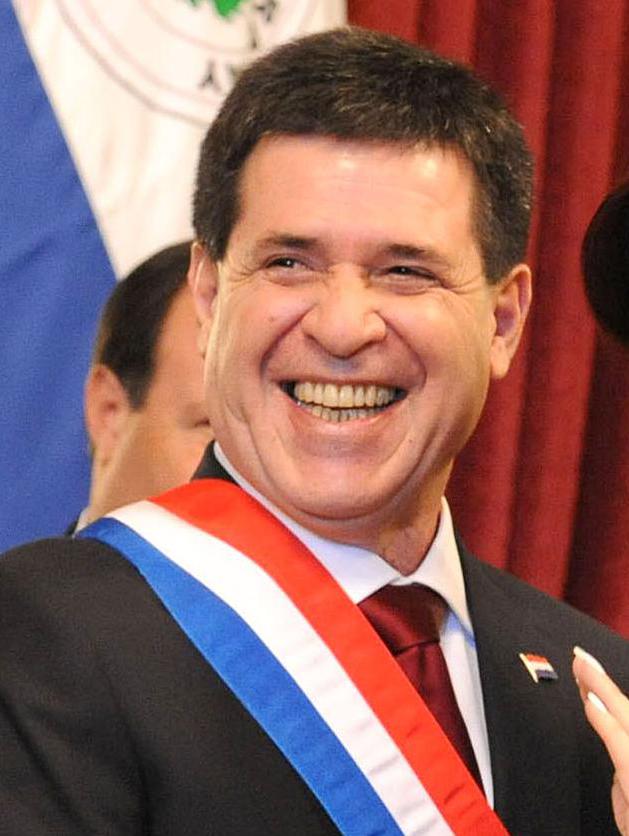 The announcement was made at a press conference by Marc Ostfield, US Ambassador to Paraguay in the capital of the South American nation, and jointly by Antony Blinken, Secretary of State, who issued a statement in Washington. Likewise, Ostfield’s announcement was preceded by great expectation and euphoria by leftist Paraguayan politicians, which demonstrates prior knowledge and synchronization on their part. Based on these allegations against the former president of Paraguay, Horacio Cartes, a series of events unfolded in the country that constitute an ongoing soft coup d’état. The Engel List serves as a device by which the US regulates the severity and logistics of sanctions in a given Hybrid War. This US-Northern Triangle Enhanced Engagement Act was passed in 2020 to supposedly sanction actors involved in acts of corruption or attacks on democracy in the Latin American region. However, it is more than a list, it is a nexus for the information they receive from their various proxy elements within Paraguay.

Following the first round of Hybrid Warfare in July against former President Cartes, a second round of accusations was made the following month, this time against Paraguay’s Vice President himself, Hugo Velázquez, as he was included in the Engel list on August 12, 2022. Vice President Velázquez was an aspiring candidate for the Colorado Party in the 2023 presidential elections if he won the party’s upcoming internal primaries in December 2022. But on the same day he was singled out by US State Department staff he publicly announced that he was resigning as vice president. However, days later on August 18, 2022, Hugo Velázquez held a press conference to make it clear that he would not resign from his position because the allegations made against him were not accompanied by evidence nor has he been accused of corruption in the United States at any level. Hugo Velázquez, desisted from formalizing his resignation as Vice President and anticipated that he will request evidence of the accusations against him from the corresponding agencies in the United States.

Paraguay is undergoing a technical soft coup d’état against the vice-presidency of the republic, the prosecutor’s office and the electoral process in general. This led Hugo Velazquez to initially resign from his post, having assumed that the allegations made by US government personnel were accompanied with criminal proceedings and evidence. While on the one hand Hugo Velazquez confirmed that he would continue to exercise his position as Vice President of Paraguay, on the other hand he did formalize his substitution by Arnoldo Wiens to the pre-candidacy for the Presidency of the Republic for the officialist movement Fuerza Republicana. A Communiqué of August 18, 2022 by Vice President Hugo Velazquez explains why he did not resign his position as he had originally said, reads as follows:

“I have decided not to resign from the Vice Presidency of the Republic because, as any Paraguayan citizen, I am protected by the Constitutional Right to Due Process and, fundamentally, the Presumption of Innocence. I will ask the relevant agencies about the details of what I am accused of: an alleged attempt to bribe a high local public official, through another person; something that I categorically deny and never happened.

Only last night I received confirmation that the Public Prosecutor’s Office, the body in charge of carrying out investigations into punishable acts in Paraguay, does not have an open Case against me and will request a detailed Report with specific data from the Embassy of the United States of America. When I initially spoke about my resignation, I did so because I assumed, given the statements, that there was some ongoing investigation, which I have proven is not the case. Therefore, I will even resort to the US courts to clear my name and that of my family. I also want to clarify that my resignation to the presidential pre-candidacy is immovable and I reaffirm my total support to comrade Arnoldo Wiens as well as to my movement Fuerza Republicana […]”

These allegations by the US government also included Juan Carlos Duarte, former prosecutor and friend of the vice-president, whose inclusion in the Engel list implies that he and his family members cannot enter the US. The allegations against the former president, the vice-president and the former prosecutor seek to delimit political processes, thus channeling electoral processes that should be purely sovereign. With this round of sanctions, allegations and political deception unleashed by the US and synchronized with groups of Paraguayan politicians acting as pro-US proxies, they called a press conference in the midst of all this political chaos to try to carry out an impeachment trial against the Attorney General of Paraguay, Sandra Quiñonez, but this attempt failed for lack of votes in the Chamber of Deputies. Ms. Quiñonez was appointed under the Cartes government and as a prosecutor is known for her efficiency in fighting terrorist acts in Paraguay such as the kidnapping and murder of Cecilia Cubas, and in the fight against the EEP and FARC guerrillas.

Political interference occurs when a foreign government initiates proceedings or allegations against a former president or democratically elected Paraguayan official. Therefore, if there is any pending justice, it must be resolved by the judicial process of the Republic of Paraguay. The Hybrid War against Paraguay takes the form of a soft coup d’état right in the middle of an electoral process of political primaries. This shows that one of the possible objectives of this coup d’état is effectively to filter the candidates in order to control the very pathways to power. What is equally worrisome are the groups of politicians who, from a left-wing perspective, serve as proxies for the US government within the South American country. In 2012, the then president of Paraguay, Fernando Lugo, was removed from office in a coup d’état by means of Lawfare in which he was removed as president of Paraguay in a one-day impeachment trial.

The US has been using for years the issue of smuggling in the region to continue the infowar Hybrid War pressure on Paraguay, repeating false news for the Paraguayan media about alleged links of the Hezbollah organization with the triple border. However, the real reason is that in Ciudad del Este, right on the triple border, it serves as a nexus for the entry of capital from the Middle East and Asia. This time in connection with the illegal hijacking of the Venezuelan plane held by Buenos Aires at the request of the US to justify the US militarization of the triple border. Currently there are negotiations for the construction of a US military base in the area where Brazil, Argentina and Paraguay converge, in an attempt to resist the multipolar influence in the region, especially the indirect commercial relations between Paraguay and China via the Ciudad del Este.

At the present time with the hijacking of the Venezuelan airplane by the Argentine government at the request of the United States. The game plan being followed by those who orchestrated this soft coup d’état in Asunción is that for the next elections there will be no other option than pro-US candidates to facilitate a zero-sum domination of Paraguay by the North American giant. There is a debate within the Paraguayan state about increasing trade and establishing bilateral relations with the People’s Republic of China. Documents reported that individuals close to Hugo Velasquez were about to move closer to China. Paraguay is, along with Belize, Guatemala and Honduras, among the few countries that still have official relations with the island of Taiwan over China. Secretary of State Blinken strongly recommends that Paraguay strengthen its relations with Taiwan and avoid recognizing China. Taiwan for its partaccuses Beijing of offering Chinese-made Covid vaccines to pressure Paraguay to break ties with the island. The US empire is losing the zero-sum control it exercised over its vassals in South America due to the global transition tomultipolarity, especially in terms of relations with Taiwan and China in tune with the Hybrid War. Thus, Washington is constantly pushing to suppress de facto trade between China and Paraguay.

Such a narrative of smuggling and Hezbollah emerges whenever the US embassy needs to justify its interference, its coups and its military ultimatums in order to solidify relations with Taiwan. It follows that the US wants Paraguay to minimize relations with China, which basically means that a foreign state sets Paraguay’s geo-economic policy in a fatal affront to its sovereignty. However, let us understand, the sanctions, political sabotage and character assassination — synchronized with pro-US proxies in Paraguay — that the US perpetrated against a number of members of the Paraguayan political class. It sought a consolidation of the electoral process that would favor US proxies in Paraguay, those who facilitate the surrender of Paraguayan sovereignty. This situation of neocolonial interference may possibly end up making it clear to the countries that still maintain relations with Taiwan that such relations do not make them immune from being destabilized by a US Hybrid War, but on the contrary, it predisposes them to always be constantly regulated from the outside. Being in the pocket of the US is the most dangerous and vulnerable situation a nation can be in.

By Miguel Santos García Via https://www.globalresearch.ca/strategic-insight-into-the-intensification-of-the-us-hybrid-war-against-paraguay/5792369