More stealing! LOL, Germany wants to expropriate Russia-owned refineries in Germany. Now, Poland wants the piece of the action too.

As Poland desperately attempts to restore the flow of Russian gas to the country, its government has ordered Russian Novatek to hand over pipeline infrastructure or face legal action amounting to infrastructure expropriation.  On Friday, a Polish government spokesman told the Associated Press that Russian Novatek Green Energy had been ordered to make its pipelines available to Polish companies and that failure to comply would mean legal action. Invoking crisis management laws, AP cited government spokesperson Piotr Mueller as saying that the fate of Novatek, Russia’s second-largest natural gas producer, “depends on whether this Russian firm, linked to Russia, will cooperate in the proper way …. whether the employees, acting on some instructions, will not be trying to block this process in some way”.

But, wait a minute, it was Poland, if my memory doesn’t fail me, who wanted spot-pricing initially, which drove prices through the stratosphere,  and then Poland underscored at every opportunity her independence from Russian totalitarian gas. And now she is desperate. Oh my, such a Polish thing to do. Sure, let Poland cease the pipe-line, see what happens. Polish political top brass should recall a fundamental principle of any war, bet that hot, cold or merely economic. It reads like that: war is a very democratic affair–the enemy also has a say.

Understanding this fundamental principle seems to escape the minds of EU “elites” and as the result each time they get slapped in the face by Russia they get hysterical and forget, in addition to other forgotten things, that normal governance, same as normal war-fighting, is done based on contingency planning. Russians do contingency planning 24/7 and the results are showing in the last 8 years. Here is another demonstration of spoiled children running Europe into he ground.

Members of the European Union are expected to agree on an embargo of Russian crude oil imports as early as next week, according to officials, in a move that would lay to rest a point of contention among its members. Such a measure has been discussed for weeks—with the United States adding pressure on the group to do its part to stop funding Russia with its payments for oil and gas supplies.The EU will continue to discuss the matter over the weekend, according to the New York Times, with the European Commission set to draft the finalized proposal to submit it to EU ambassadors for approval. Those ambassadors are scheduled to meet on Wednesday of next week, with final approval set to be delivered by the end of the week, anonymous EU officials told the New York Times.

Bloviation on the matters of “if Russia finds alternative buyers” is nothing more than verbal self-medication and PR. PR is the only thing Western “elites” are good at. Real governing and competent foreign policy–not so much. It is hard, one has to study hard, learn a lot and be incorruptible–a very tall order for both D.C. and Brussels. Plus, the news from the fronts in 404 are bad, really bad for NATO.  In fact, it is so bad, that great British mind, a strategist the likes of which world hasn’t seen before to rise out of London, and who makes Winston Churchill and Disraeli look like amateurs, UK Foreign Secretary Liz Truss called upon creation of “global NATO” and concluded with this:

The war in Ukraine is our war – it is everyone’s war because Ukraine’s victory is a strategic imperative for all of us.

So, quoting Harry Dunne from Dumb and Dumber (love this movie) in relation to this woman: “You know, Liz, just when I think you couldn’t possibly be any dumber, you go and do something like this…and totally redeem yourself!” Indeed, what other peaks of sheer idiocy will those people summit before they succeed in creating a wonderful mix of Orwellian horror and Idiocracy slap-stick comedy.  Especially UK, who really provides as of lately a bulk of stupefying geopolitical cretinism, while being the nation in precipitous decline on all fronts and being noting more than America’s chihuahua who is allowed to bark at guests at the party from master’s lap.

To demonstrate how bad are things for Kiev regime propped up by NATO? Here is Sladkov talking to Hero of Ukraine Evgeny Bova (In Russian).

Bova, a devout Nazi, Commander of the First Battalion of Marines of VSU, finds himself in an unfamiliar territory, that is being taken POW and that is why he still cannot completely grasp the fact that he is now merely an object and possibly some sort of exchange material for Medvedchuk. May be not. Here is yet another American freedom fighter, a former US marine, who went to 404 to fight those nasty Roosskies. 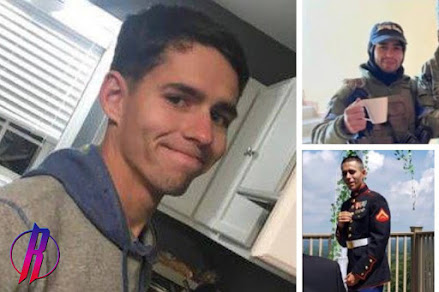 But evidently misunderstood a little bit the meaning of a real war, not some safari of shooting those “sand niggers”, because Russian “snow niggers” (as The Saker loves to use such a taxonomy) are a bit different. The name of this guy is Joseph Cancel. A handsome guy, young, with wife and child left behind. What a waste. Can anybody explain to those guys that those Russian subhumans are not Iraqis or Afghan dehkans. Those primitive Rooskies have at their disposal excellent ISR complex and a lot of (and I mean a lot) high precision stand-off weapons, plus excellent artillery, including SMART munitions and other things which the US Armed Forces thought only they have. There is nothing romantic in being blown up by Iskander or be on the receiving end of X-101. I don’t even speak about getting acquainted with Krasnopol munitions or being torn apart by Kornet’s ATGM. So, now Western mercenaries begin to be killed and captured in wholesale numbers.

But one thing really caught my attention today. It is really disturbing to read because the rate of suicides, even considering a repair mode of any ship, is downright bizarre.

As her one-year anniversary with the Navy approached last May, Hannah Crisostomo swallowed 196 pain relievers. Her organs shut down. Her brain swelled during multiple seizures and she stopped breathing. She was on life support for eight days, during which time doctors had warned her family that she may never regain normal brain functions. When Crisostomo woke up, she immediately wondered why she was still alive. Her thoughts grew more despairing during the next few weeks in the hospital and then in the Navy’s psychiatric ward. “If they keep me in the Navy, and they put me back in the same situation, I’m going to kill myself,” she recalled thinking, “and I’m going to be successful the next time.” That spring, Crisostomo, an aviation boatswain’s mate handler on the aircraft carrier USS George Washington, had been moved to night-shift repair duties. Amid disorganization on the ship during an extensive overhaul, Crisostomo said she was constantly berated for things out of her control.

Read the whole thing, it is both disturbing and stunning. The rate of suicides is atrocious and why? Because they have been forced to do duties on the aircraft carrier which is undergoing overhaul? Yes, these are also military duties, I am sure written in many manuals and many of those duties are not glamorous and involve often physical effort. They also involve dealing with noise, dirt, boredom and repetitiveness. The article, actually, makes a good point:

Smith disagreed when a sailor said living standards on the ship were not “necessarily up to par.” He said that the sailors get to go home most nights and that they were not “sleeping in a foxhole like a Marine might be doing.”

Excellent point. You have a cot, you have three hot square meals a day, snacks and, apart from traditional overhaul work-place risks of trauma, nobody shoots at you, let alone you are not under fire from artillery in some basement without water, heat and food. Try that for a change and see how the attitude will change. Could it be the case of a generation of Americans becoming absolutely soft mentally, entitled and unable to cope with even minor difficulties? This is military service, people, not a summer resort. I think that is precisely the case here, notwithstanding some legitimate complains about improving the department of “reasonable accommodation”. So, this is your primer for Friday.