… went astray from the get go, (in diplomatic language it means–go fvck yourself, we have better things to do), while Zhao Lijian, a deputy director of the Chinese Foreign Ministry Informational Department, twitted this thing yesterday:

It is a truth universally acknowledged, that when the West talks about the “int’l community”, they mean: 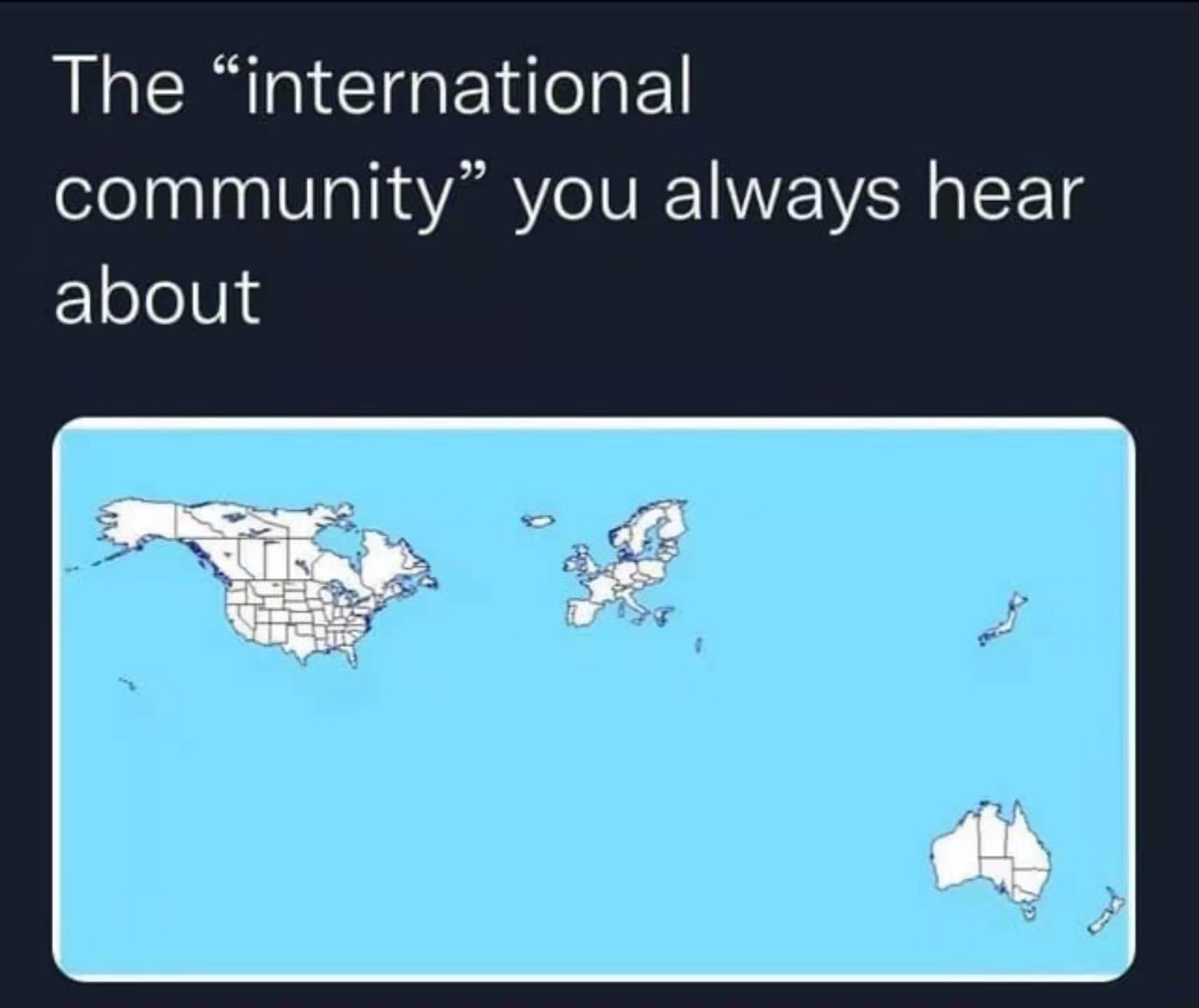 Do they even get a clue in State Department? Meanwhile, Financial Times’ BS about China providing military aid to Russia continues to circulate by Western MSM as a fact and that only underscores a complete mental breakdown (apart from crude propaganda) of Western MSM and shows a degree of desperation.

I repeat again, for those who missed the link above (from Washington Times):

China’s official press has largely embraced Russia’s view of the conflict, saying NATO’s expansionist policies in eastern Europe were the root cause of the fight and parroting Moscow’s claims that the U.S. was running a secret network of bio-labs inside Ukraine.

We are witnessing a US foreign policy debacle of unimaginable scale. But considering what passes in the US for Russia “strategy”, I have to point out yet again the fact that the US establishment has NO understanding or knowledge of Russia. Not surprising, considering WHO runs this field in the US. Meanwhile Vladimir Putin spoke to 90,000 inspired spectators inside (and 100,000 + outside the stadium) Luzhniki Arena today:

In celebration of the 8th Anniversary of Crimea returning home. Yeah, in related news, his approval rating is through the roof in Russia.
Via http://smoothiex12.blogspot.com/2022/03/evidently-us-chines-summit.html?m=1